The Chemists‘ Club Kavaler Award Gala sponsored by ICIS celebrates the recipient of the Kavaler Award. This award is a revival of the original Kavaler Award presented by Chemical Market Reporter—one of the three publications incorporated into ICIS Chemical Business—for leading chemical CEOs from 1990 to 1999, including Jon Huntsman Sr. (Huntsman), Robert Kennedy (Union Carbide), Frank Popoff (Dow Chemical), and Edgar Woolard (DuPont). The Kavaler award is named in honor of Arthur Kavaler, a probing reporter and former editor-in-chief and publisher of Chemical Market Reporter.

As the only chemical industry honor bestowed by peer vote for a peer of the ICIS annual "Top Forty Industry Power Players," The Kavaler Award recognizes outstanding achievement by a senior executive in the global chemical industry. Voters choose their candidates based on categories such as: newsworthy achievement in profitability/shareholder value, mergers and acquisitions, projects/capital investment, innovation, and environmental, social, governance (ESG). The candidates are not allowed to vote for themselves or a previously elected winner, and the votes are kept fully confidential throughout and subsequent to the completion of the voting process. The Kavaler Award Gala is a black tie event where prominent members of the chemical and chemical reporting industry gather to celebrate the year's award winner. The winner receives a custom designed trophy that is crafted each year by a top student artist from a prestigious NYC school. In 2020, the Kavaler Award Gala was hosted online due to the COVID-19 pandemic. Despite chaos around the world, the annual Kavaler Award persisted and pushed forward, honoring the achievements of the chemical industry through the difficult times. 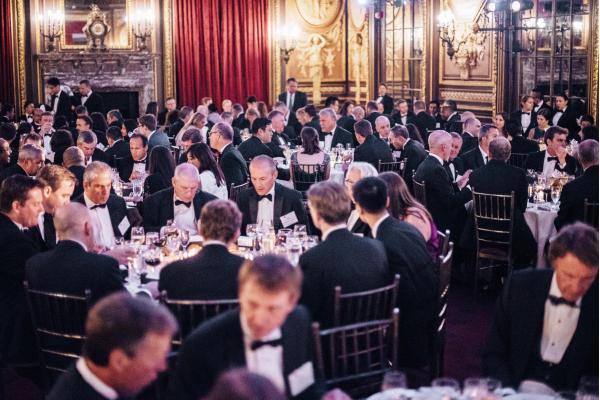 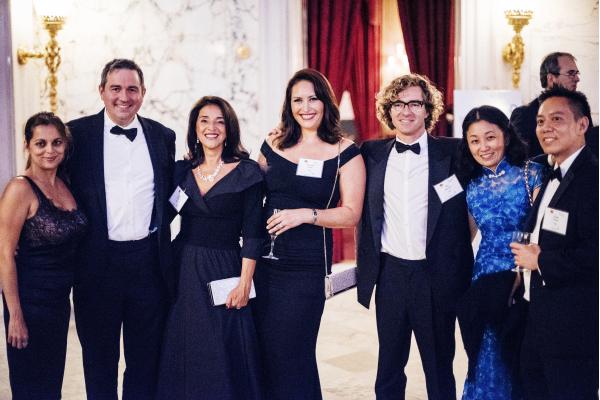 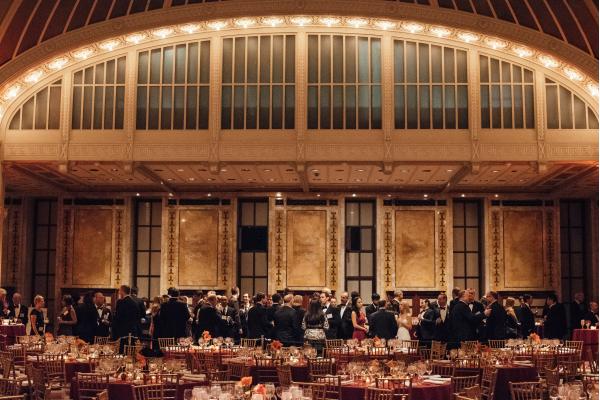 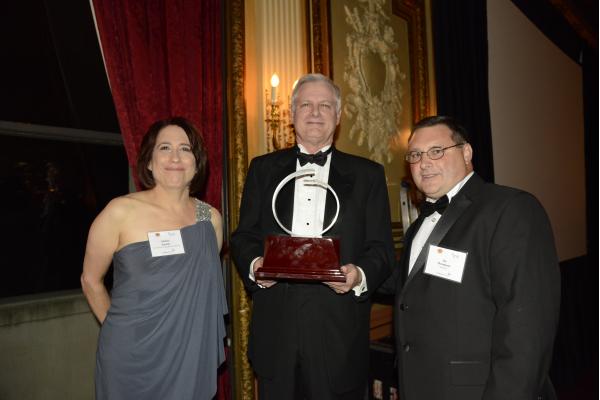 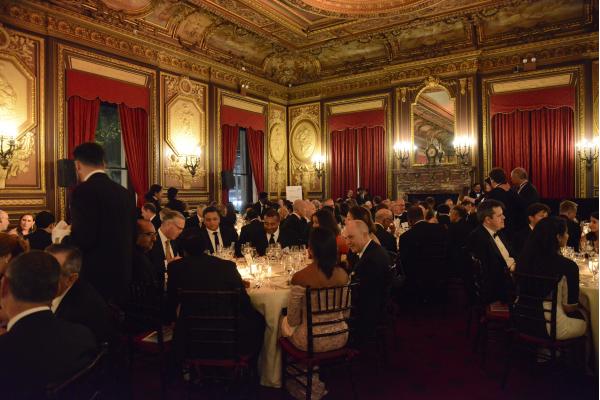 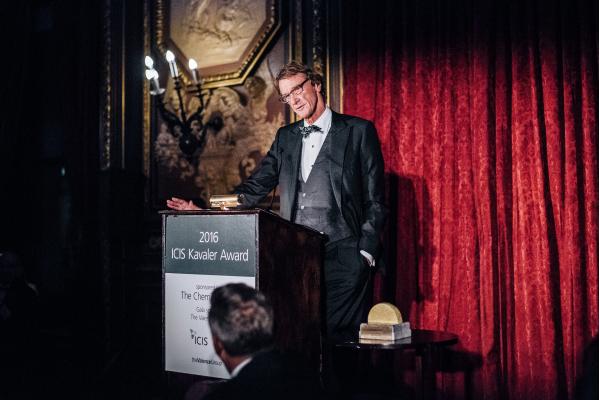 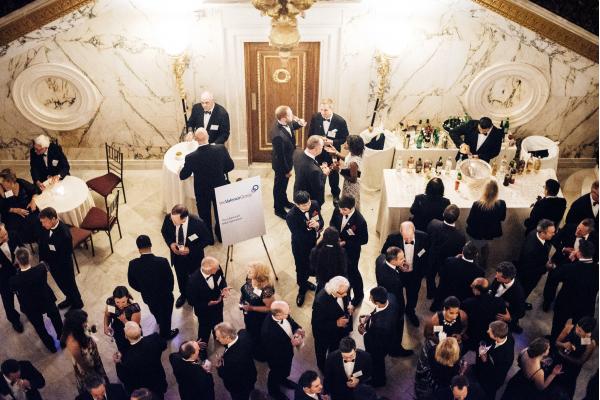 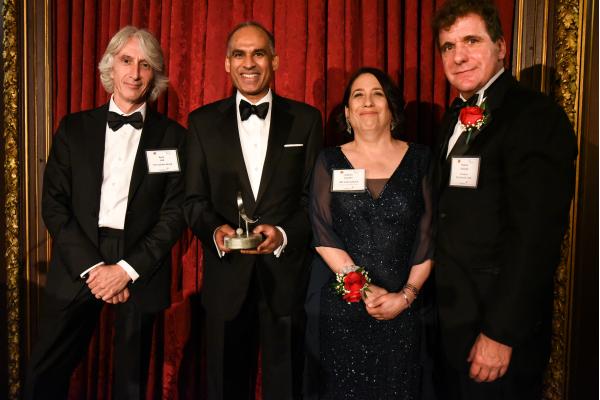 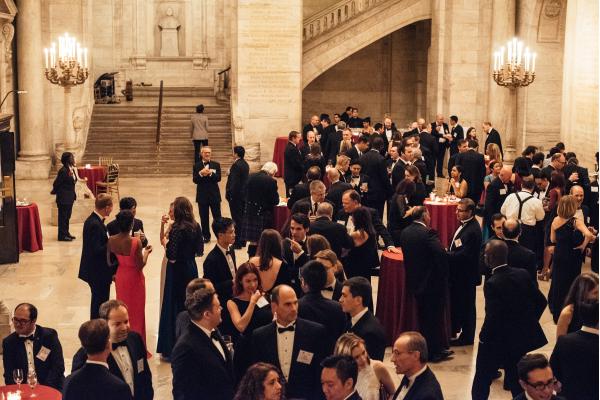 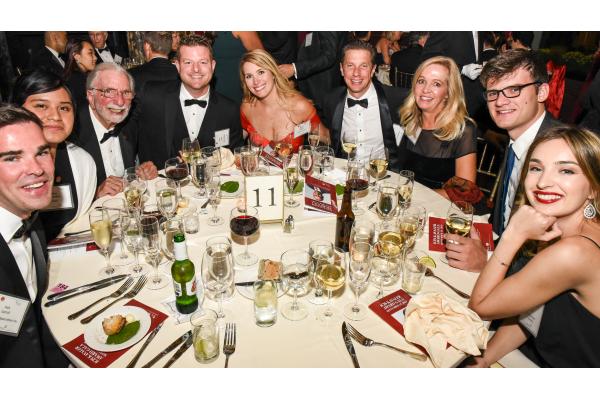 Arthur R. Kavaler, who served for 46 years as reporter, editor and eventually publisher of one of the publications that has become ICIS Chemical Business, was a man with a large personality and zest for life. As a probing reporter, excellent raconteur, and outspoken editor, he forever changed the fate of chemical industry journalism.

In 1947, he joined the Schnell Publishing Co., owned by the Schnell-Auchincloss family, as market editor of the Oil, Paint and Drug Reporter. He was appointed news editor in 1949, managing editor in 1952 and editor-in-chief in 1969. In 1972, he became President of Schnell and Publisher and CEO of OPD, which was re-named Chemical Marketing Reporter (later further re-named Chemical Market Reporter), and remained editor-in-chief. Under his management, he brought forth highly innovative products such as a new monthly business magazine feature called Chemical Business. He also understood the potential of computerization and developed one of the first-ever electronic reference databases for business: CompuReach. Throughout his successful career and thereafter, Arthur Kavaler was an active and long-time member of The Chemists‘ Club.

In 1990, he semi-retired and Schnell honored his work by creating an award for excellence in chief executives in the chemical industry in his name. The Kavaler Award was given to leading CEOs from 1990-1999, including Jon Huntsman Sr. (Huntsman), Robert Kennedy (Union Carbide), Frank Popoff (Dow Chemical), and Edgar Woolard (DuPont). Arthur R. Kavaler passed away at the age of 91 on January 18, 2012.

After the purchase of Schnell Publishing by the giant Elsevier science journal book publisher based in London, Elsevier discontinued the Kavaler Award as the award had been managed by Schnell.

Originally, the Kavaler Award recipient was chosen by a group of Wall Street Chemical financial analysts; however, that was no longer possible due to SEC federal banking laws. Instead of having a team of global editors select the winner, Dr. Stefandl thought of and pursued the idea of a peer-vote-peer method by the members of the ICIS Top 40 Power Players. With approval from ICIS and support from the revival team, they added special quirks for the Kavaler Gala. The Master of Ceremony was not the club President, Dr. Stefandl, but rather an appointed Chemists‘ Club member/trustee. In addition, the award was chosen to be newly designed and crafted by a student artist at the Cooper Union for the Advancement of Science and Art.

The Chemists' Club Kavaler Award sponsored by ICIS is the only chemical industry honor chosen by peer vote. The winner of the Kavaler Award is selected by senior executives of the ICIS Top 40 Power Players listing, a global ranking of the leaders making the greatest positive impact on their companies and the chemicals industry, published in ICIS Chemical Business magazine.

In the award selection process, ICIS and The Chemists‘ Club invite each of the ICIS Top 40 Power Players to vote for three individuals in that group, excluding themselves and the previous winner. Voters choose their candidates based on newsworthy achievement in one or more of the following categories:

All votes cast are kept strictly confidential throughout and after the selection process.

Saudi Aramco CEO, Amin Nasser, made huge advances in petrochemicals with the $69bn acquisition of SABIC, the construction of mega projects worldwide and the ongoing development of crude oil-to-chemicals technology. The level of project activity for Aramco was unprecedented for any company. Its global ambitions and investments in petrochemicals would create waves in the industry for years to come.

Mr. Bob Patel was ranked #1 in the ICIS 2018 Top 40 Power Players – the 40 CEOs and senior executives making the greatest positive impact on their companies and the global chemical industry. It was the 2nd consecutive year that Mr. Patel received The Chemists‘ Club Kavaler Award, a first in the history of the awards. Mr. Patel was at the forefront of the global chemical industry's flagship initiative to solve the problem of plastic waste in our environment and oceans. As a key leader in the multi-sector Alliance to End Plastic Waste (AEPW), he had clear support from his peers to find real solutions to address this threat. Mr. Patel positioned LyondellBasell for growth with a pipeline of major expansion projects on the US Gulf Coast as well as the acquisition of A. Schulman, all while maintaining a strong balance sheet.

CEO of LyondellBasell Industries, Bob Patel, took a disciplined approach to capital spending and made incremental US ethylene capacity expansions rather than building a new cracker. This set the stage for major downstream investments in polyethylene and propylene oxide/tertiary butyl alcohol on the US Gulf Coast, as well as the acquisition of US plastics compounder A. Schulman.

Mr. Ratcliffe led INEOS as one of the most creative and intrepid chemical companies worldwide. By investing in his long-term vision, INEOS was the first ever to import US ethane for local petrochemical production. The company was also on the forefront of shale gas exploration in the UK and was a key consolidator in the European polyvinyl chloride sector.

Chairman and CEO of Dow

Under the leadership of Mr. Liveris, Dow made transformational moves – from feedstock advantaged capital investments on the US Gulf Coast and the Middle East, to divestitures of non-core assets such as the tax-advantaged deal to carve-out the chlor-alkali and derivatives business.

Under Mr. Gallogly‘s leadership, LyondellBasell significantly boosted value by returning profits to shareholders though dividends and stock buybacks – all while making investments in key expansion projects that would raise cost advantaged capacity without massive capital outlays. Mr. Gallogly, as CEO, established a solid financial footing for LyondellBasell for many years to come.

Chairman and CEO of PPG Industries

As CEO of PPG Industries, Charles Bunch made a landmark deal to separate PPG‘s commodity chemicals business and to merge it with Georgia Gulf to create a new fully integrated polyvinyl chloride (PVC) company, Axiall, boosting PPG shareholder value significantly. Acquisitions also added value to PPG‘s core coatings business – most notably, AkzoNobel‘s North American architectural coatings business. Through the years, PPG, led by Mr. Bunch, has made a series of acquisitions and divestitures, transforming the company from a diversified industrial conglomerate in the mid1990s to a leading global coatings company today.

ICIS Chemical Business is the premier weekly publication keeping you up-to-date on the most important developments in the global chemical markets, including prices and the factors driving prices in both the short and long term. These include macroeconomic trends, trade and regulatory developments, new projects, and mergers and acquisitions. www.icis.com/subscriber/icb Joseph Chang is Global Editor of ICIS Chemical Business, a part of ICIS, www.icis.com.

ICIS is the world's largest petrochemical market information provider, with divisions spanning energy to fertilizers. The aim of ICIS is to give companies in global commodities markets a competitive advantage by delivering valuable information and analytics tools which enable customers to identify and react to opportunities in markets which are constantly evolving. ICIS has more than 30 years' of experience in providing pricing intelligence and news, forecast data, market analytics and independent consulting to buyers, sellers and analysts.

With a global staff of more than 600, ICIS has employees based in London, Houston, New York, Singapore, Dubai, Shanghai, Guangzhou, Beijing, Mumbai, Tokyo, Karlsruhe, and Milan. ICIS‘ team of journalists is engaged in reporting market prices and news, and ICIS is fully committed to upholding the highest journalistic principles of verification, corroboration and authentication. ICIS has a compliance framework that along with its methodologies and business processes adheres to the requirements of the IOSCO PRA Principles.

ICIS is a division of Reed Business Information, part of RELX. www.relx.com.